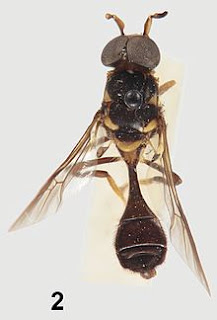 What is the longest scientific name?   Taxonomy does not often get into the news, but last month a new species of myxobacterium found in Wales made the rounds [see the original description at https://academic.oup.com/gbe/advance-article/doi/10.1093/gbe/evaa212/5918458 ]. It was found in and named for Llanfairpwllgwyngyll (which is usually abbreviated as Llanfairpwll or Llanfair PG or lengthened as Llanfairpwllgwyngyllgogerychwyrndrobwllllantysiliogogogoch). The authors decided to use the lengthened place name as their epithet with the standard place suffix - ensis  and there we have a scientific binomial counting 73 letters. The previous record was the name of a soldier fly from Southeast Asia with a mere 42 letters, so this made the news, not because it may have been surprising that a new species of Myxococcaceae was found in a well-studied area like Wales, but because it has the longest name. Of course it is not the first time a scientific name made it into the new. Even the father
Post a Comment
Read more 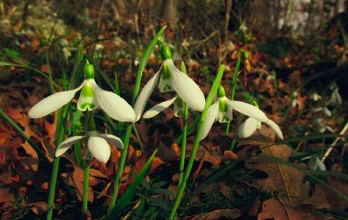 Galanthus bursana On average 2000 new vascular plant species are published each year. With a meagre 1614, 2019 did not reach this average, but when realising that new species papers get very few citations and funding for fundamental biodiversity studies are wanting, it is still an impressive feat. The majority of the new species came from Australia, Brazil, China, India, Indonesia and tropical Africa, which are certainly the least explored regions and those with the highest concentration of botanical diversity. It is also not surprising that most new species discoveries were in the mega-diverse families of orchids (Orchidaceae), daisies (Asteraceae) and legumes (Fabaceae), but the ginger family Zingiberaceae and the myrtle family Myrtaceae were also well represented among new species. Annonaceae, Apocynaceae, Araceae, Areaceae, Asphodelaceae, Plantaginaceae, Solanaceae were also prominent. The mega-genera  Astragalus ,  Begonia ,  Bulbophyllum ,  Carex ,  Dendrobium ,  Euphorb
1 comment
Read more

A botanist at Chelsea Flower Show 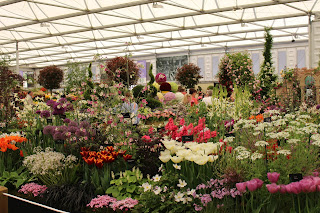 Chelsea: an ocean of flowers It is my fifth time visiting the Chelsea Flower Show, the biggest annual event in horticultural Britain. Every year I am amazed by the sheer number and diversity of plants and flowers on display. I am particularly perplexed by some totally out of season. I would not expect to see autumn flowering Nerine in spring, and I have no idea how exhibitors manage to keep Narcissus ‘February Gold’ in flower for such a long time. It is late May after all. There are always the fabulous displays of spring and summer flowers, each grower displaying a single genus and displayed with great care and abundance. Particularly special are the peonies. How they manage to keep these fragile flowers in bloom for the whole week, I do not know, but the wall off pink, white, dark red and primrose yellow peonies displayed by Primrose Hall Nursery (“every garden deserves a peony”) was simply outstanding.  Potatoes in all colours and shapes Every year there are sta
Post a Comment
Read more
More posts